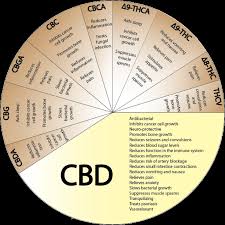 The local media focuses on epilepsy, since that community lead the charge for cannabidiol in Kentucky, but the new law actually does not limit by condition. It merely declassifies cannabidiol from the definition of marijuana and allows doctors affiliated with The University of Kentucky and The University of Louisville to prescribe high CBD products or use them in clinical trials. Even though no product is available yet in Kentucky, it can't hurt to start those conversations with doctors now so that ground is already covered by the time CBD Oil arrives.

Since I am currently being treated for breast cancer, I want to bring all the animal model research on cannabidiol and that condition to my doctor at James Graham Brown Cancer Center. I needed a place to store those links, so I decided to create a post on this blog for them, even though this is an autism and epilepsy website. Later I will add links for other forms of cancer so patients interested in bringing research to their own doctors can print them. At a later date I may make a separate website for CBD and cancer, but right now I'm busy with autism and epilepsy.

Pathways mediating the effects of cannabidiol on the reduction of breast cancer cell proliferation, invasion, and metastasis
Breast Cancer Res Treat. 2012 May;133(1):401-4.


Animal Model Studies on Cannabidiol and Protection From Chemo Side Effects

Posted by Parents for Medical Cannabis - Kentucky at 7:49 AM 66 comments:

Cannabis Oil = a generic term for any oil made from the cannabis plant, psychoactive or not. CBD = Cannabidiol/ CBD Oil = oils made from cannabidiol/ Charlotte's Web = a specific brand of CBD oil/ Realm Oil & Alepsia = Charlotte's Web/ MMJ = Medical Marijuana/ THC = psychoactive property in cannabis that's bred to miniscule levels in Charlotte's Web, making it non-psychoactive. THC-A = the raw plant precursor form of THC. Appears to have the medicinal properties of THC without the psycho-activity. THC-A only converts to THC when dried or heated. THC-A oil extracts appear to help some with seizures.

Promote Your Page Too